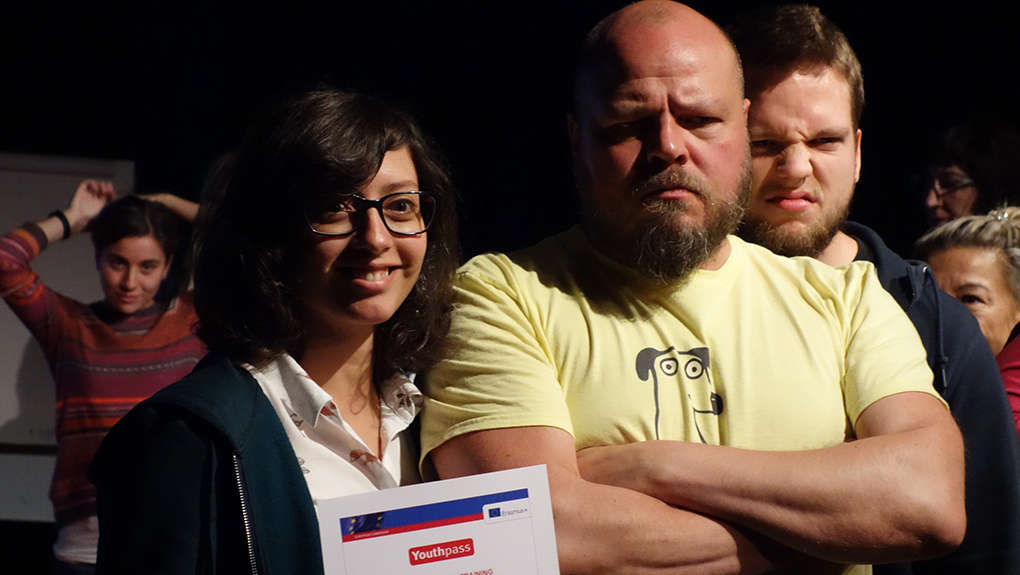 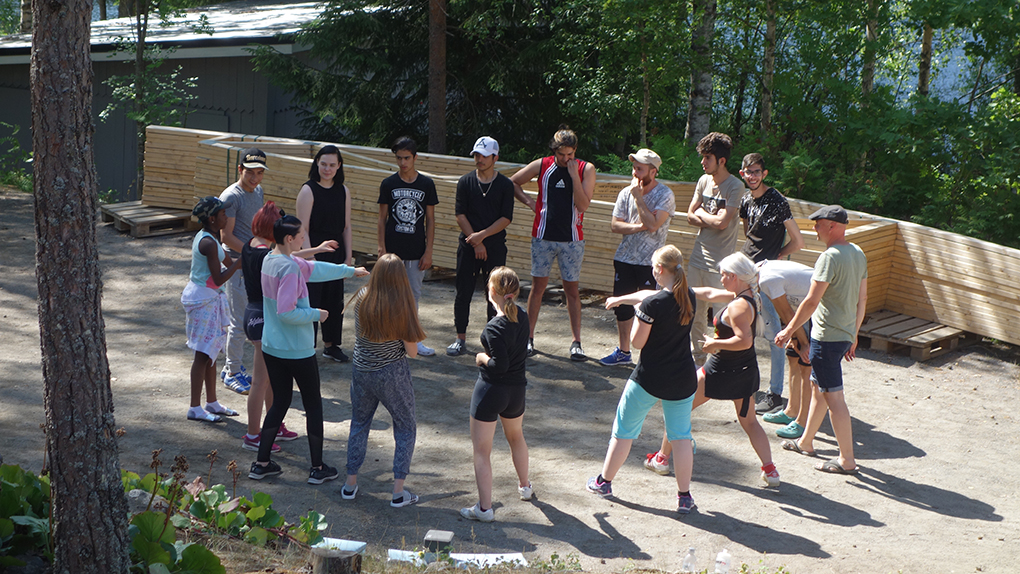 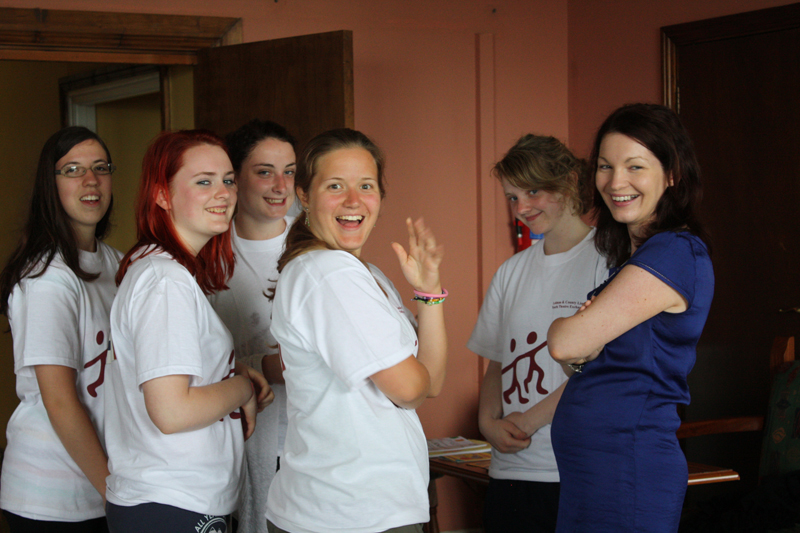 * 08 / 2022 VISTOS youth exchange in La Rioja, Spain hosted by Asociacion Juvenil Teatral ON&OFF. ”Vistos”, was a youth exchange funded by Erasmus + that brought together 45 young people to discuss the topic of LGBTQ. In addition, they worked together to create 5 different street performances that took place in Logroño and gave visibility to the project and its theme. The aim of this project was to shed light on the global problem of intolerance against the LGBTQ community and to find the tools to combat it. We wanted to discuss, share and learn with our partners as well as with the participants about the intolerance that the LGBTQ community faces. We did so by using theater methods. Our goal was that the participants return home with a newfound understanding and sensibility regarding this topic. They had learned not to stay silent when they witness discrimination in public.

* 07 / 2022 THEM youth exchange in La Rioja, Spain hosted by Asociacion Juvenil Teatral ON&OFF.  The objective of this project was to bring together 36 people from 4 different countries to talk about the discrimination against the group of transgender, non-binary, gender fluid and others, and to create a street performance on the issues of this community that reflects how to be an ally and how to combat the discrimination that they are constantly suffering. The main objective was to create a space in which the participants felt safe to share their opinions and experiences and thus give visibility to the group of people who feel that their gender is not linked to their biological sex (genderqueer and transgender people). We dealt with topics such as gender identity, the difference between biological sex and gender, gender roles, inclusive language, labels and other topics of interest to young people through drama. The topic interests many young people as it is very relevant to today’s society.

* 01/2016-01/2018 ”Acting Out 100!” transnational youth initiative together with County Limerick Youth Theatre, Ireland.
The project meeting in Loimaa, Finland 29.7.-9.8.2017 was honoured and delighted to receive respected guests. The Mayor of Limerick Cllr Stephen Keary and The Director of Services for Arts and Culture Josephine Cotter Coughlan visited the meeting as a part of their Study Visit to Loimaa.

During the 10 days event the youth theatre members of Co.LYT and LSTY ry worked at Loimaa theatre but also in Marttinen Youth Centre, Virrat. In the workshops they prepared a Show of work ORANGE AND BLUES together with the facilitators. The performance continued their work based on the themes of the project.

ORANGE AND BLUES – A play about re-building a war torn society.

For the past 20 months teenagers from Limerick and Loimaa have used drama to create plays and films that tackle issues around
independence and the creation of a republic, looking at nationalism through the lens of interculturalism and thinking about what
happens to society, home and our loved ones when they are living in an unjust society.
At this stage of the process the Oranges and the Blues have survived revolution and civil war… what will they do now?

The project will continue during the autumn in both countries.

* 01/2016-01/2018 ”Acting Out 100!” transnational youth initiative together with County Limerick Youth Theatre, Ireland. 9.-19.6.2016 intensive period in Knocklong Ireland.
Ireland’s 2016 centenary commemoration of the Easter Rising and Finland’s centenary of independence in 2017 will be the most significant commemorative years for this generation of Finnish and Irish young people. It will provide opportunities to better understand the past, experience the jubilees together and set the course for these nations’ future successes as European countries.

The Thirty mixed gender teenagers from rural youth theatre organisations in Ireland and Finland will use drama to create plays that tackle issues around independence and the creation of a republic. With the support of four coaches/facilitators they will examine European citizenship themes and reflect their ideas in trans-national collaborative performances looking at nationalism through the lens of interculturalism. Through using a drama methodology the young people will increase their basic and transversal skills and attend weekly youth theatre workshops, devise and perform plays for the public and use the Internet to collaborate with each other and deepen their conversation about project themes and ideas.

They will have two trans-national meetings and together create an intercultural performance based on themes generated by exploring their history of the past 100 years from the perspective of being together in Europe. The impact will be the promotion, empowerment and active participation of young people that is visible on a local and regional platform. The long term benefits will be to upskill young people in social, civic, IT and entrepreneurial skills so that they can work towards creating more International theatre for a possible Limerick City of Culture 2020.
dsc01634 dsc02307 dsc02431

* Sept 2014-Sept 2015 transnational youth initiative ”Getting Lost – and Finding your Way” together with Glenstal Abbey School, Limerick, Ireland (12 young people & 2 leaders / country ). The project in funded from ERASMUS+ -programme by Leargas. Both groups meet every week and aim towards common goal. The first intensive intercultural working period took place in Ireland 29.11.-6.12.2014. The second residential took place in Finland 21.-28.2.2015. The ending seminar of the project will take place in Glenstal Abbey School 7.-8.9.2015. 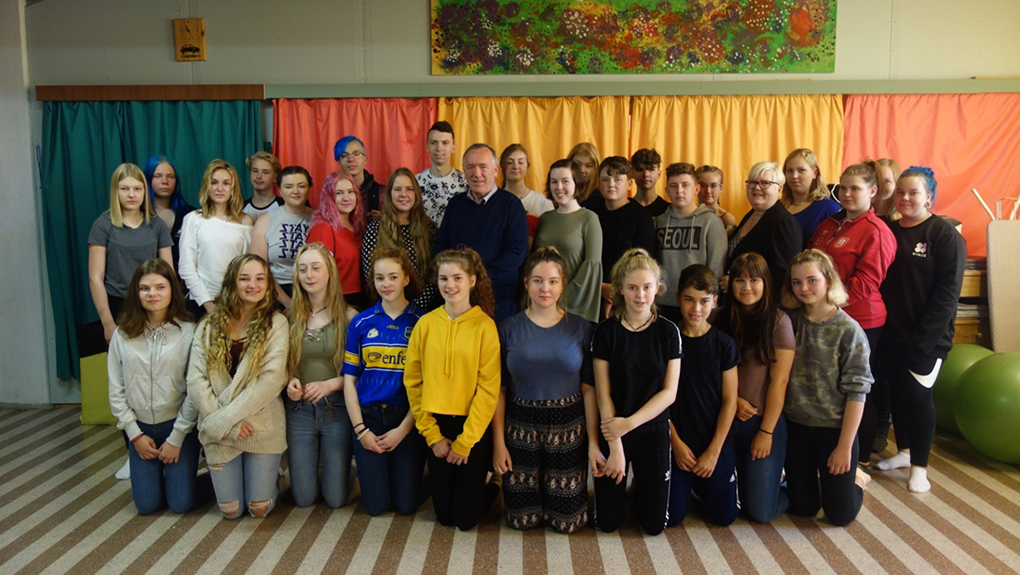 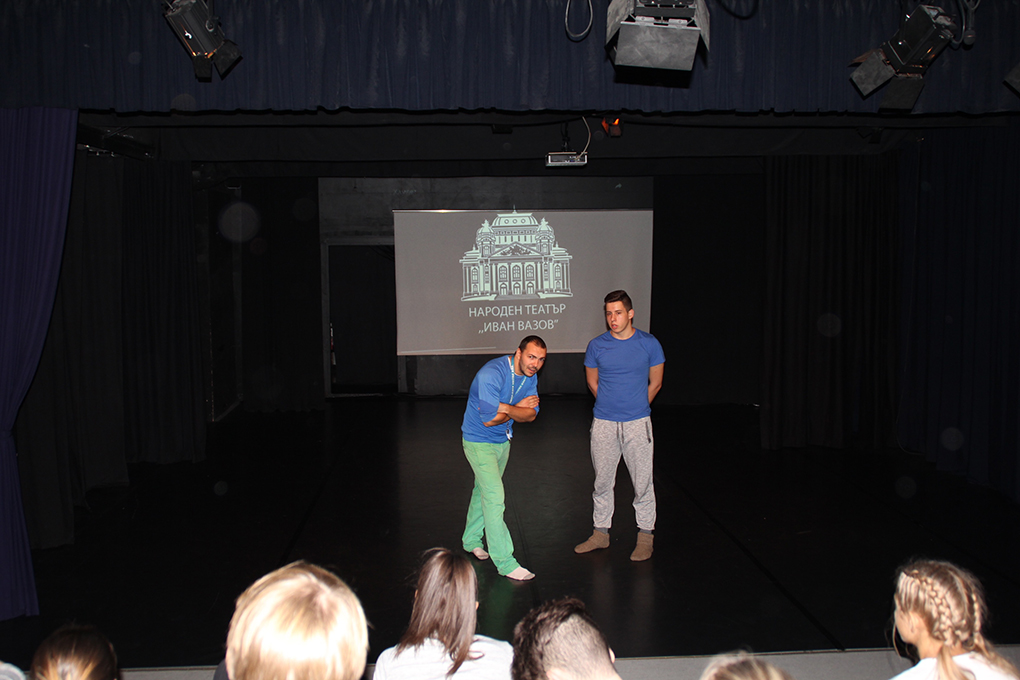 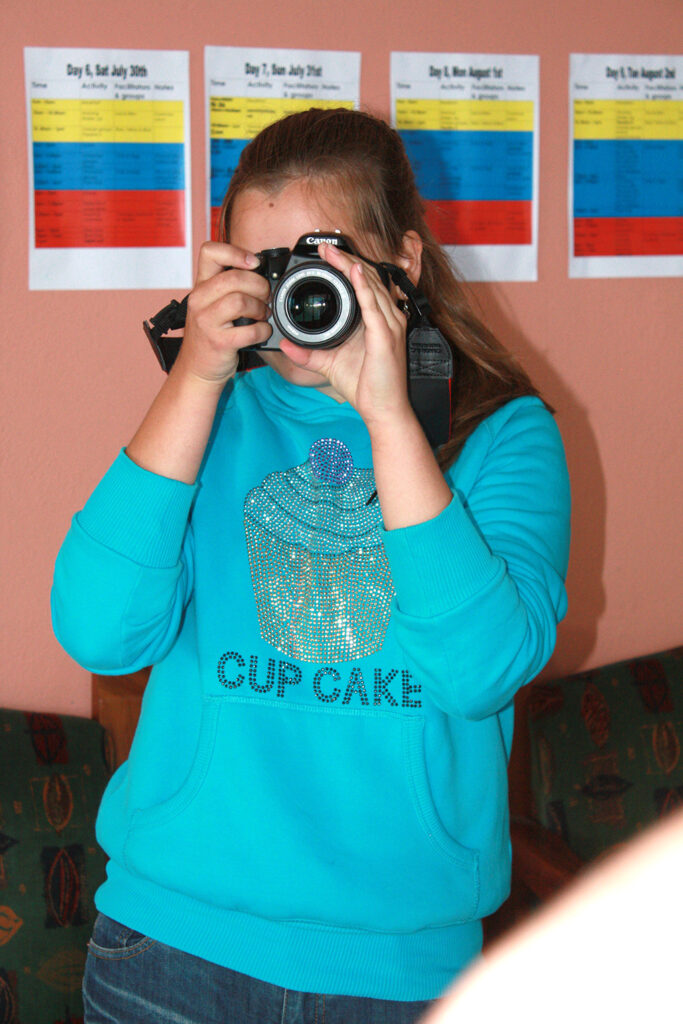